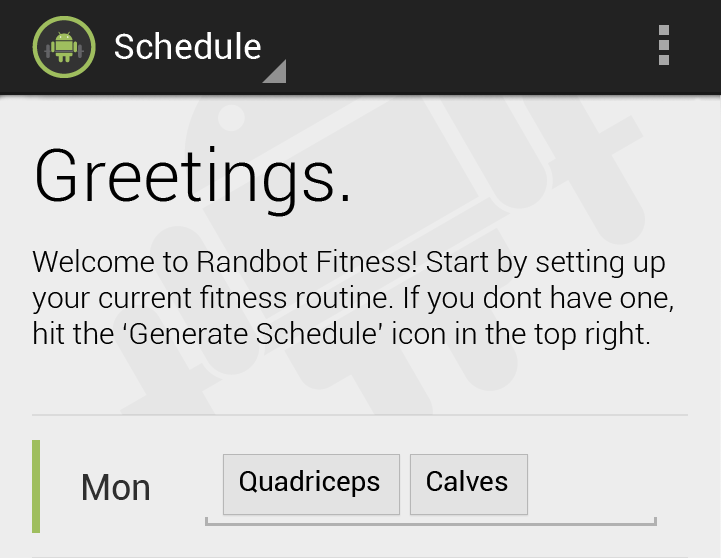 I've been going to the gym recently and noticed that i basically do the same exercises each time. I thought to myself "Why cant there be an app that gives me a list of workouts so that I dont get any plateau effect in my routine?" I looked around the play store but couldn't find anything. One app would make me pay for predefined routines while others where just a stew of text and gradients. Some apps only provided workouts for a single muscle group. What is an android developer to do?

Well, I started off with a very basic idea in my head and worked from there. The current goal is to get something simple out and then grow it into something beautiful.
The first small step was a name. Something with the words gym rat, random, and android. The word temere is none of those, perfect! (but seriously, any suggestions are appreciated!).

The next small step is the launcher icon. I saw a gym-rat badge and made it android-esque. I like the icon as its simple and gives the user a basic idea of what the app is about. It will probably change as id like to change the name but it'll do for now. Id also like to follow design guidelines and make it 3D, in due time i suppose.

Onto the bigger stuff, interface design. The first step was thinking how the app functions. There are three things it needs to do:

Basic Functionality: ✅. I tend to shoot straight to creation of high-fidelity models as I can usually picture wireframes in my head. Without further adieu:

I went with something as simple as possible and i think it looks very nice. The two things that stick out are chips and SVG images. The chips are possible via my own version of chips-edittext-library and SVG support is brought to you by svg-android.

I went with something as simple as possible and i think it looks very nice. The two things that stick out are chips and SVG images. The chips are possible via my own version of chips-edittext-library and SVG support is brought to you by svg-android[1].

The reason for picking SVG images is because I could scale them, regardless of the screen density. SVGView[Name pending] will be created by myself as i dont know any open source components that can do this currently.

That its so far! I'll be going into detail with how each functions once I get done with them. I also plan on making this project available on GitHub once its released on the play store. Stay tuned and comments/feedback are greatly appreciated. I'd love any constructive criticism I can get. 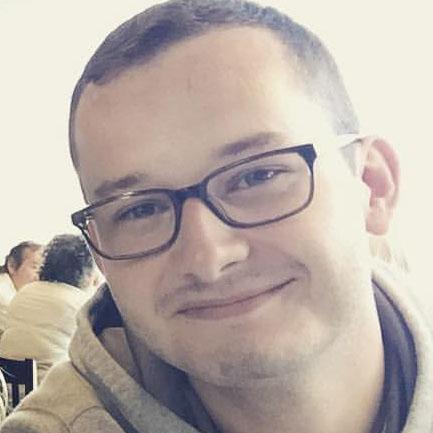